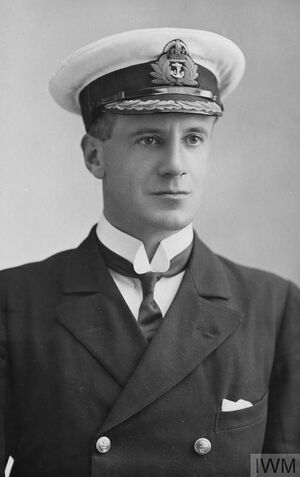 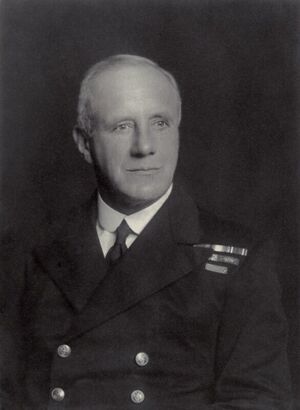 Survivor
Posted to the newly commissioned HMS Renown in 1916, he commanded the aircaft carrier HMS Eagle in 1929/30, retired as a Rear-Admiral in 1932 and died on 12 August 1977.
Admiral Dannreuther's recollections in old age can be heard on the IWM web site: https://www.iwm.org.uk/collections/item/object/80019732

I DEEPLY regret to report that H.M.S. "Invincible," commanded by Captain A. L. Cay, R.N., and flying the flag of Rear-Admiral the Hon. Horace L. Hood, Rear-Admiral Commanding the Third Battle Cruiser Squadron, was blown up and completely destroyed when in action with the enemy at 6.34 p.m. on Wednesday the 31st May.

The total number of officers and men on board at the time was 1,031. Of these only six survived. The names of the survivors are as follows :—

The circumstances of the destruction of the ship are briefly as follows :—

The "Invincible" was leading the 3rd B.C.S. and at about 5.45 p.m. first came into action with an enemy light cruiser on the port bow. Several torpedoes were seen coming towards the ship, but were avoided by turning away from them.

"Invincible's" fire was effective on the fight cruiser engaged, and a heavy explosion was observed. A dense cloud of smoke and steam from this explosion appeared to be in the same position some minutes later.

"Invincible" then turned and came into action at about 6.15 p.m. with the leading enemy battle cruiser, which was thought to be the "Derfflinger." Fire was opened at the enemy at about 8,000 yards, and several hits were observed.

A few moments before the "Invincible" blew up Admiral Hood hailed the Control Officer in the Control Top from the fore bridge : "Your firing is very good, keep at it as quickly as you can, every shot is telling." This was the last order heard from the Admiral or Captain who were both on the bridge at the end.

The Ship had been hit several times by heavy shell, but no appreciable damage had been done when at 6.34 p.m. a heavy shell struck "Q" turret and, bursting inside, blew the roof off. This was observed from the control top. Almost immediately following there was a tremendous explosion amidships indicating that "Q" magazine had blown up. The ship broke in half and sank in 10 or 15 seconds.

The survivors on coming to the surface saw the bow and stern of the ship only, both of which were vertical and about 50 feet clear of the water.

The survivors were stationed as follows prior to the sinking of the ship :—


There was very little wreckage, the six survivors were supported by a target raft and floating timber till picked up by H.M.S. "Badger" shortly after 7 p.m.

Only one man besides those rescued was seen to come to the surface after the explosion, and he sank before he could reach the target raft.

The "Badger" was brought alongside the raft in a most expeditious and seamanlike manner, and the survivors were treated with the utmost kindness and consideration by the officers and men.

I have the honour to be,

Retrieved from "https://battleofjutlandcrewlists.miraheze.org/w/index.php?title=Dannreuther,_Hubert_Edward&oldid=21054"
Category:
Cookies help us deliver our services. By using our services, you agree to our use of cookies.