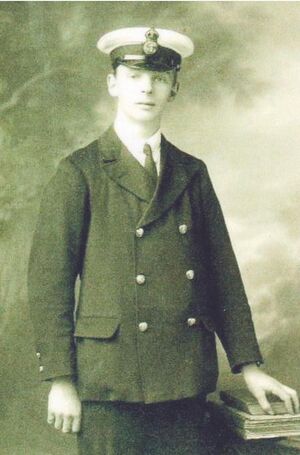 In 1963 Acting ERA 4th Class Arthur Crown was one of ten survivors of Jutland who recorded their recollections for an episode of the BBC programme the Great War. Arthur is audio clip number 3 at https://www.iwm.org.uk/history/voices-from-the-battle-of-jutland .

There is also a 23 minute audio clip at https://www.iwm.org.uk/history/voices-of-the-first-world-war-jutland .

Transcript: There's nothing to be scared about because if you get a torpedo hit well, it's there, you know very well you’re down below there, there's a risk you might get torpedoed, you might get struck with a shell but you're serving in the Navy to do that to them so don’t blame ‘em if you get it instead of them. No, you don’t think about things like that, you know you’ve got a job to do. And when you're in the engine room you’ve got so much to do… You know very well, if you don’t keep those engines at the correct revs they want so you don’t get your place in the line… You always had, you were told that your squadron had to steam so and so and so and so, and that meant that the engine room had to keep their steam up and get the revs proper.

Retrieved from "https://battleofjutlandcrewlists.miraheze.org/w/index.php?title=Crown,_Arthur_Charles_Fountain&oldid=17602"
Category:
Cookies help us deliver our services. By using our services, you agree to our use of cookies.